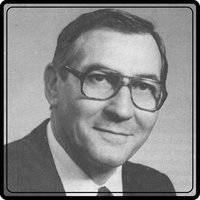 Passed away at Peterborough Extendicare on April 3, 2019, in his 92nd year.  Professionally, Cameron retired as a Master electrician. He served in the RCAF, and in his community on many fronts, including alderman and as a two term Mayor of Peterborough (1977-1980). As Mayor, Cameron was very proud of initiating the expansion of Highway 115 to four lanes, and several other items to promote Peterborough and its wellbeing.  He was an established independent business man, while dedicating significant time volunteering with countless organizations, including the John Howard Society, where his focus was on helping those less fortunate.  In his early years, as an accomplished athlete, he was also an early mover in establishing the Peterborough Minor Hockey League. Cameron was the architect for Lakefield coming into the Peterborough City Softball League. The team was marginal until Cameron sought out Ray Judd as a pitcher. That resulted in the Lakefield Charlton’s winning many City championships. Later on, other important volunteer contributions came from working with the Toronto General Hospital, and as an ordained minister in the Christian based Toronto International Celebration   Church.  Loving father of Sue Crowley (Pat), Jane Deacon (d.Barry), Doug Wasson (Shelley), Julie Hall (Dave), Bill Wasson (Jacqueline) and Scott Wasson.  Dearly missed by his 7 grandchildren and 5 great-grandchildren.  Survived by Helene Wasson, and siblings Dean Wasson (Freda), Donald Wasson “Red” (Marie), Elaine Lytle, Neil Wasson (Gail), Cheryl Reid (Bert), and many nieces and nephews.  Predeceased by parents Ralph and Fern Wasson and brother Royden Wasson (Betty).   We would like to thank the nursing and PSW staff at Extendicare for their compassion  and excellent care for our Dad and our family during his journey. Friends and relatives are invited to call at THE HENDREN FUNERAL HOMES, LAKEFIELD CHAPEL on Tuesday April 9, 2019 from 6:00-8:00 PM. A funeral service will be held in the Hendren Chapel on Wednesday April 10, 2019 at 1:00 PM. Reception to follow at the funeral home. Interment St. Marks, Warsaw in the spring. Expressions of sympathy, and memorial donations may be made to the Heart and Stroke Foundation by contacting www.hendrenfuneralhome.com or by calling 705-652-3355.