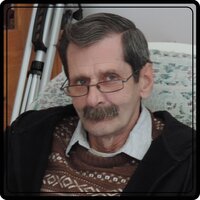 Son of the late Donald & Alberta McGregor.  Husband of the late Jean.  Loving brother of Lynda Ouellette of Apsley and Donald and William of Peterborough.  Uncle of Ryan Ouellette of Peterborough and the late Christopher.  Nephew of Mildred Manning (his only living aunt) and greatest friend of Barry Stone, Gary Balsam and Edwin Hughes.  Brother-in-law of Robert Ouellette of Peterborough.  Cremation has taken place.  A private interment will be held.  A Celebration of Life will be held at a later date.  Memorial donations may be made to the Heart & Stroke Foundation of Ontario, Canadian Cancer Society or the Kidney Foundation as expressions of sympathy, and may be made by contacting THE HENDREN FUNERAL HOMES, LAKEFIELD CHAPEL, 66 Queen Street, Lakefield at www.hendrenfuneralhome.com or by calling 705-652-3355.