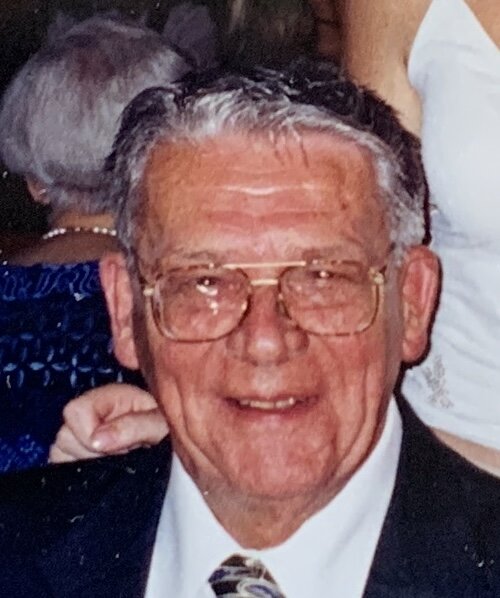 Peacefully passed away at Ross Memorial Hospital in Lindsay at age 96. He is survived by those he called “my family”, stepdaughter Annette Davis, step-grandchildren Laura (Kevin) Reitzel. Mark (Samantha) Davis, and Kevin (Angelina) Davis, step-great-grandchildren Lennon, Harper, and Elora, and Niece Judy (Phil) McClure. He was predeceased by his loving wife Anne, with whom he spent 27 wonderful years until her death in 1999. Alan will be greatly missed by his dear friends Bruce and Pat Smith and Betty McTaggart. Alan was great friends with Bruce McTaggart, who sadly passed away in 2018.

Alan had an incredible sense of humour and was a wonderful storyteller. Many of his stories were about his earlier life growing up in Camp Borden and Toronto, and his career as a field researcher for A C Nielsen. He retired to Bobcaygeon with Anne in 1988, where they loved being part of the creation of the Kawartha Settlers’ Village and volunteering there. He became an avid wood carver and hosted weekly gatherings for like-minded folk, sharing coffee and stories as they worked away.

Despite the loss of his wife, and later his eyesight, he was an optimistic soul who saw the good in any situation. He loved knowledge and spent many hours exercising his curious mind listening to his cherished radio and having in-depth conversations with anyone who was willing. Alan would have loved to have had an iPad and marveled at the technology we have today.

A celebration of Alan’s life will be held on Friday, July 8th, 2022, from 2-4pm, at the Gazebo next to the church at Kawartha Settlers’ Village, 85 Dunn St, Bobcaygeon. Please drop in and share your memories.

Arrangements entrusted by The Hendren Funeral Homes – Monk Chapel. Memorial donations, if desired, may be made to the Kawartha Settlers’ Village or the Canadian National Institute for the Blind. Friends may send condolences or make donations by contacting The HENDREN FUNERAL HOME – MONK CHAPEL at www.hendrenfuneralhome.com or by calling (705) 738-3222.