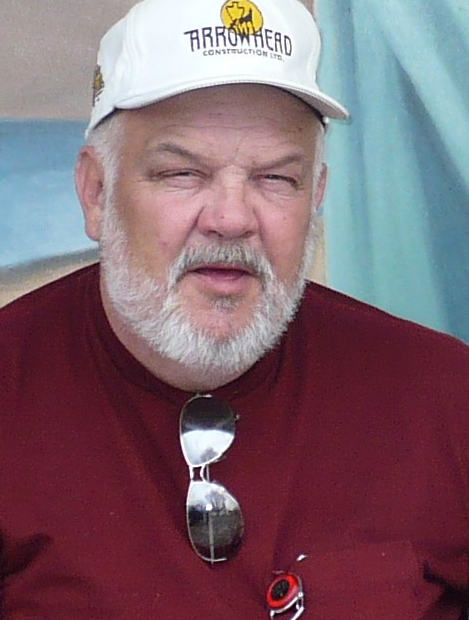 Dawson Wayne Watson August 7, 1950 – March 24, 2020 It is with heavy hearts, that we share the peaceful passing of Dawson Wayne Watson, at the PRHC, Palliative Care, on Tuesday March 24, 2020 after a 3 ½ year battle with cancer. He will be missed greatly by his life partner, Jocelyn Taylor. He loved and was loved by his three children, Wayne (Lynn), Wanda (Dan) and Autumn. His grandchildren, Dawson, Travis, Brennon, Dalton and Carson will hold their “Papa” close in their hearts. Remembered by his great grandchildren, Keagan, Hayden and Hunter. Treasured by his God Daughter Frankie-Jo. Many nieces, great nieces, nephews, cousins and friends will miss their “Uncle Daws”. Survived by his: brothers Clarence and Keith (Joe); his sister Beverly (Bill); and, sister-in-laws Francis, Karen, Beatrice, Liz, Sharon; and Melody Taylor. Pre-deceased by: his father Earl; mother Mable; brothers Ron and Jim; sisters Aileen, Lorraine and Iris; and sister-in-law Linda. Dawson worked, coast to coast, from working on turbines at General Electric to building ice roads in the Arctic. Not only did Dawson enjoy meeting and talking to new people, he also loved to joke and tease around. Even in his sickest and most painful days, he remained the same strong, kind, patient and loving man he always was. He valued the time he and his “little buddy” shared hunting, fishing, four wheeling, and travelling, even if it was only a ride around the village. Just like the hundreds of hats he had, he also had hundreds of tools and parts, even some he didn’t need, but they were there, just in case someone needed them. He was always there for anyone who needed him, just like the palliative care team at PRHC and Saint Elizabeth was there for him. The family would also like to give a special thank you to Dr. Johnathan Mallory (whom he was always calling Dr. Morrison) for treating him with such honour. Dawson’s life will be honoured at a later date. Memorial donations may be made to the Canadian Cancer Society or the Canadian Diabetes Association as expressions of sympathy and may be made by contacting THE HENDREN FUNERAL HOMES, LAKEFIELD CHAPEL at www.hendrenfuneralhome.com or by calling 705-652-3355.

Share Your Memory of
Dawson
Upload Your Memory View All Memories
Be the first to upload a memory!