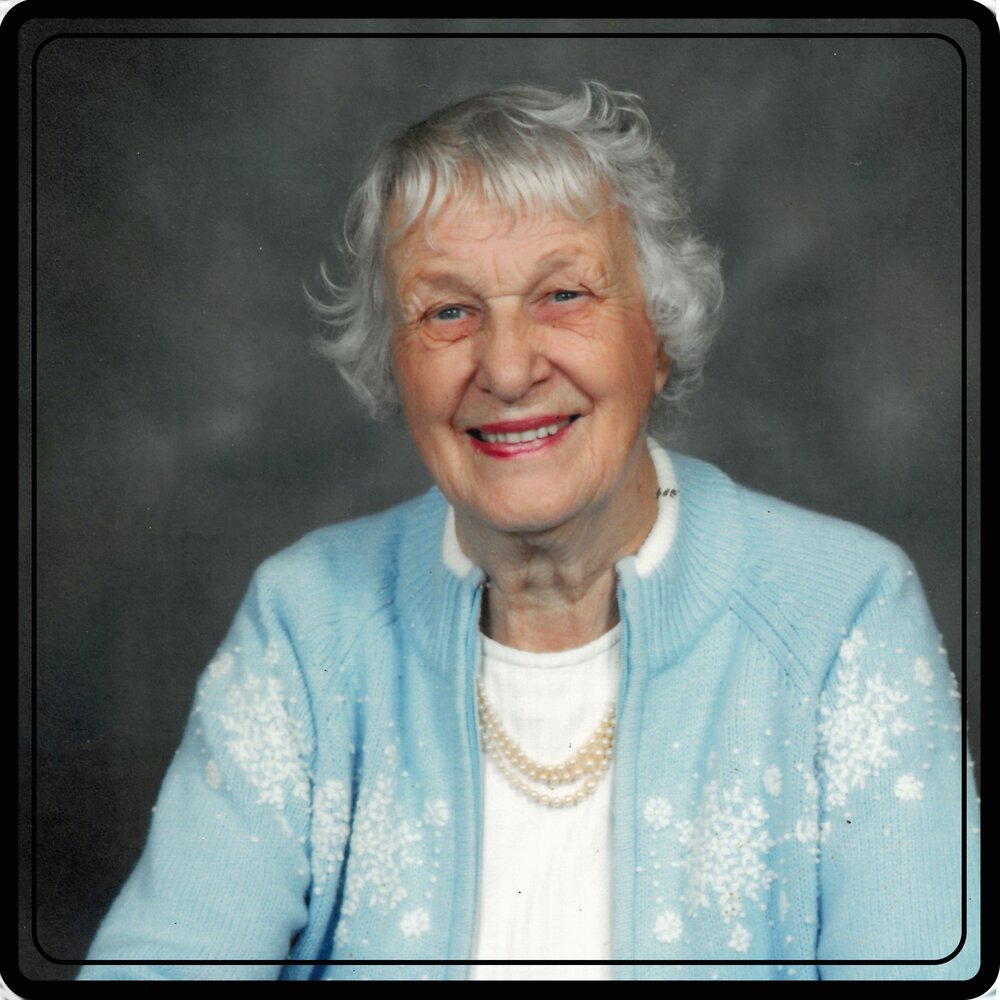 Passed away on Friday, April 1, 2022 at the Peterborough Regional Health Centre, Peterborough at the age of 96. Beloved wife of the late Peter Underhill (2007). Dear mother of Ross Underhill (Shirley) of Kingston, Roy Underhill (Susan) of Toronto, Irene Jackman (Ted) of Lakefield, and Julia Hocking (Michael) of Exeter, England. Loving grandmother of Trystan, Justin, Joshua, Tim, Kathryn, Stephanie, Emily, Daniel, and the late Cameron. Proud great grandmother of Emma, Liam, Ariel, and Tory. Sister of Julia Shaw (the late Millo) of Victoria, British Columbia, Geoffrey Goodship (Freddie) of Campbell River, the late Frank Goodship (Jean), and the late Laurel Sanborn (Gordon). A funeral service will be held at St. John the Baptist Anglican Church – 81 Queen Street, Lakefield on Friday, April 8, 2022 at 1:30 PM. Rev. Steve Smith officiating. If you are unable to attend, the service will be available to watch online through https://youtu.be/AE1ehnaSIFs.

Evelyn began life in Revelstoke, B.C., but grew up mostly in Port Moody. She became a teacher, especially enjoying teaching grade 1. After marrying Peter, they brought up their family in Vancouver, Ottawa, and Mississauga. They retired to Victoria, B.C., to enjoy their extended family there, but eventually returned to Lakefield to be nearer their children. Evelyn enjoyed her home, her garden, her travels, but especially her family.

Friends and family are invited to THE HENDREN FUNERAL HOMES – LAKEFIELD CHAPEL, 66 Queen Street, Lakefield following the service for a reception in the Heritage Room. Interment will take place at Lakefield Cemetery at a later date. If desired, memorial donations to St. John the Baptist Church would be appreciated. Donation may be made and condolences shared by contacting the funeral home at www.hendrenfuneralhome.com or by calling 705.652.3355.