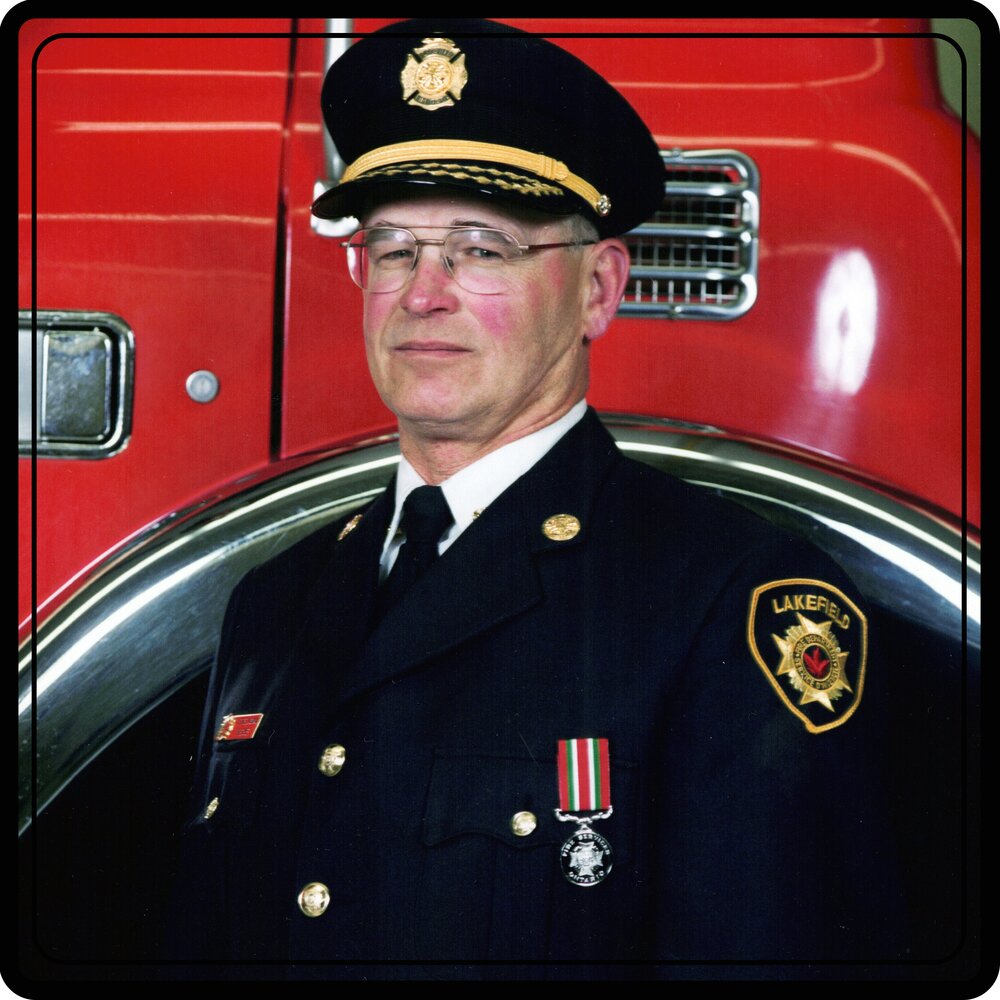 Passed away at the P.R.H.C. on Monday June 13, 2022.  George Jackman of Lakefield in his 76th year.  George served for 51 years on the Selwyn Fire Department and was an officer for over 30 years serving as Captain and Chief.  He was a long-time dedicated member of Lakefield United Church and the A.O.T.S.  He was an avid golfer and a member of the Lakefield Curling Club.  Loved and missed by his wife Patricia Jackman (Kelly).  Also missed by his children Heather Sanders of Bridgenorth and Christopher Jackman (Brittany Randall-Jackman) of Lakefield.  Proud papa of Matthew, Emily, Lillian and Myles.  Remembered by his brothers Jim (Sandy) of Lakefield, Bob (Linda) and David, both of Peterborough.  Predeceased by his parents Ralph & Ferne and brother Douglas Edward Jackman.  A Celebration of George’s Life will be held on Saturday June 18, 2022 at 3:00 PM at Lakefield United Church.  A reception will follow in the fellowship hall of the church.  Interment, Rosemount Memorial Gardens at a later date.  Memorial donations may be made to the Canadian Diabetes Association or the Canadian Cancer Society as expressions of sympathy and may be made by contacting THE HENDREN FUNERAL HOMES, LAKEFIELD CHAPEL, 66 Queen Street, Lakefield at www.hendrenfuneralhome.com or by calling 705-652-3355.