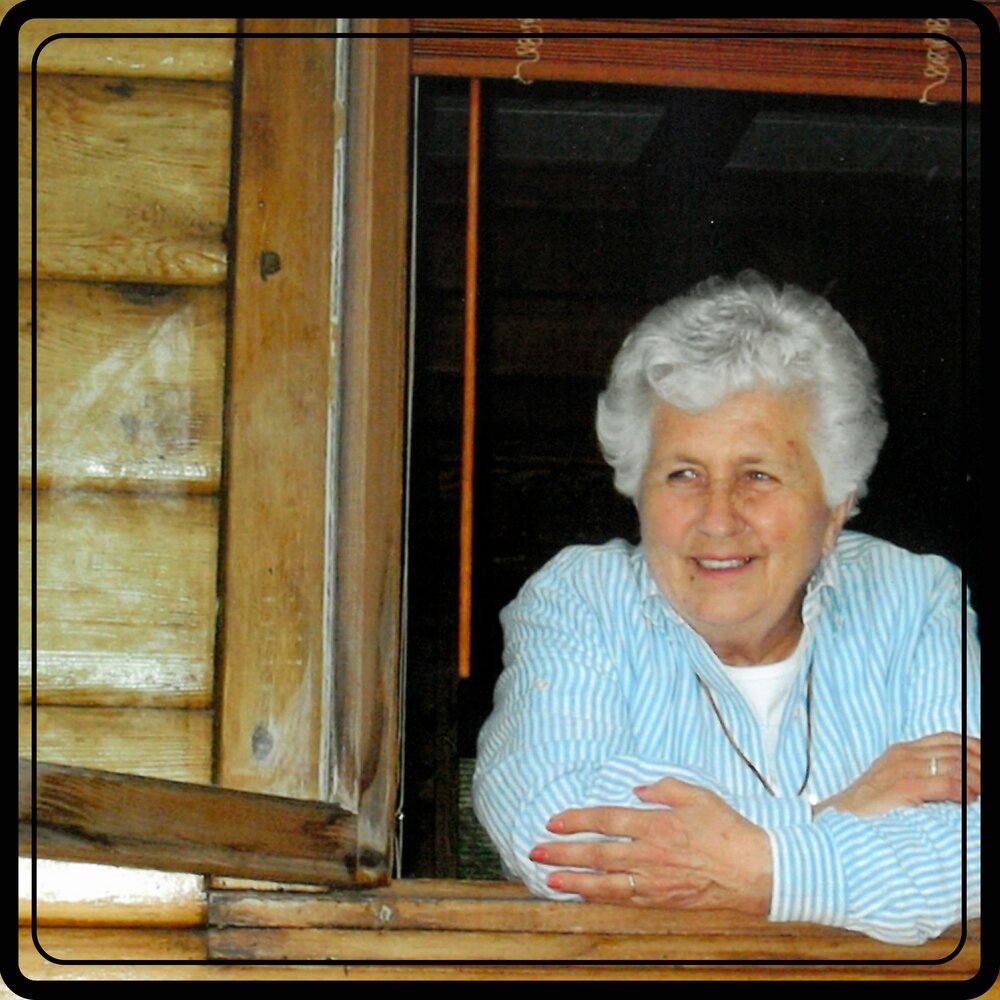 Passed away at Hospice Peterborough on Tuesday August 9, 2022.  Doreen (née Holmes) of Lakefield, originally, Burleigh Falls, at age 94.   On May 23,1928, Doreen “Peggy” Mackney Holmes was born in Lakefield Ontario; daughter of the late Joseph Holmes and May Matilda Fowler.  At a very young age, Peggy’s family moved to a small farm on the 9Th line of Smith Township, where she attended SS #6 Smith School.  During the war years, Peggy’s father joined the army leaving her and her brother Donald, to manage the farm for the duration of the war.  In 1947, Peggy married John R. Hampton of Lakefield and they lived in Lakefield for a short time. They built a home on the Lakefield Highway, where she enjoyed being a homemaker, sewing & knitting for her family.  After her husband left G.E., they leased the Maples Service Station and served the public.  In 1955, they moved to Burleigh Falls with their two daughters (Linda Gail and Joan Carol).  It is there that Peggy and John bought the Trading Post, where they continued to serve the public until 1960.  They built the family home in Burleigh Falls and started a launderette in Peterborough. They both worked at this for several years.  In 1971, Peggy managed the Treasure Chest; a gift and ladies fashion store in Lakefield. Peggy managed the store for seventeen years and retired in 1987.  Peggy enjoyed travelling and took many trips with her husband. These trips included a trip to Europe, many camping and trailering trips across most of North America and in later years most of the provincial parks in Ontario.  Peggy enjoyed many happy times with her children, grandchildren and great grandchildren.

Thank you to Dr. Brent Stoker for your many years of care.  We appreciate the care given by the staff at PRHC, Home Care, and community paramedics.  Special thank you to Dr. Dan Houpt, Dr. John Mallory and staff at Hospice Peterborough, for your care and compassion, during the past few weeks.  Private interment at Hillside Cemetery.  Arrangements entrusted to THE HENDREN FUNERAL HOMES- LAKEFIELD CHAPEL, 66 QUEEN STREET, LAKEFIELD.   As expressions of sympathy, memorial donations may be made to the Hospice Peterborough, by visiting www.hendrenfuneralhome.com or by calling 705 652-3355.

Share Your Memory of
Doreen
Upload Your Memory View All Memories
Be the first to upload a memory!
Share A Memory