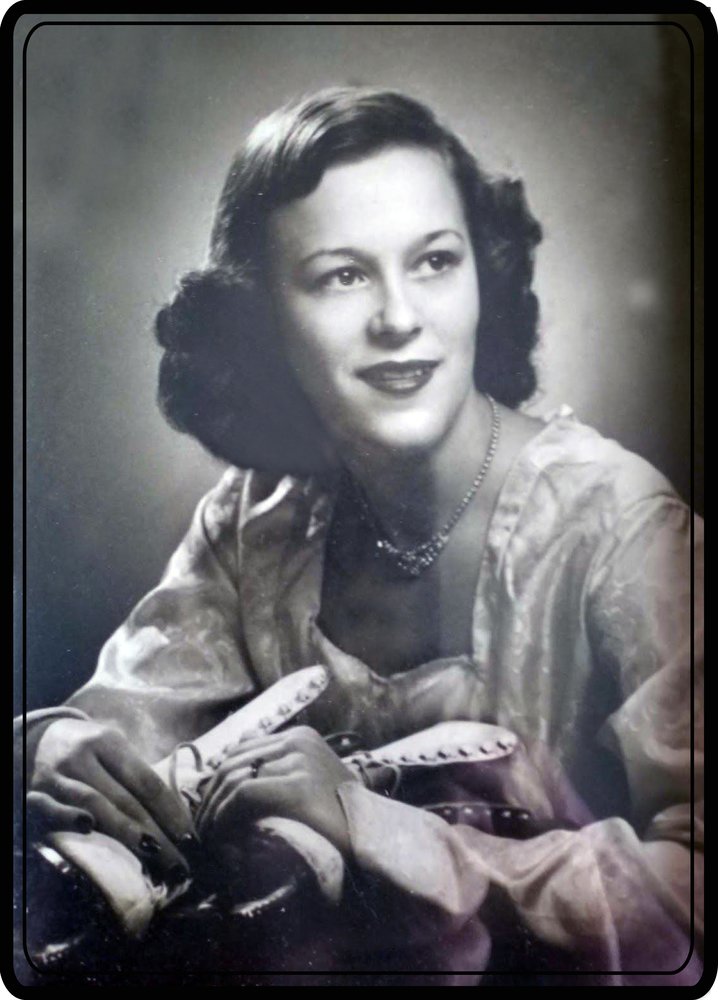 Ann, as she was known, was a child prodigy figure skater, born in Copper Cliff, Ontario in 1933. At the age of 7 she was invited to skate at the Toronto Cricket Skating Club, considered quite an honour at the time. She moved away from home and was coached by Albert and Sadie Enders. When her coaches moved to British Columbia to coach, so did 10-year-old Ann. She was the youngest skater to ever get her gold medal for figures and free skate. She was the first woman to complete a double axel in competition. Due to financial constraints, Ann had to turn professional at the early age of 16 and start her 50 plus year coaching career in Owen Sound. Here is where she met the love of her life, Walter, and had her two children. She travelled 600 miles a week, coaching in places such as Mildmay, Paisley, Owen Sound, Walkerton, and Meaford, just to name a few. In 1962, the Yeo family moved to Peterborough where Ann took over the reigns as Senior Coach. She had many successes with athletes she coached going to Canadians in various disciplines. She was a highly sought-after coach, with an eagle technical eye. She loved her skaters and they loved her in return. She changed the Lindsay Figure Skating Club from a recreational club to a competitive club. Once again having great success with skaters going on to high level competitions and being successful. In May of 1992, Ann was named the Eastern Ontario Coach of the Year, from Skate Canada. Ann retired from full-time coaching shortly after that but continued to assist her former skaters, who had now become coaches themselves, when asked. Her love for the sport of figure skating was only surpassed by her love for her family. She will be so very missed! Arrangements entrusted to THE HENDREN FUNERAL HOMES, LAKEFIELD CHAPEL. Cremation has taken place. Ann’s family would like to acknowledge with great appreciation the excellent and compassionate care provided by the entire staff of the second floor inpatient unit of Trent Memorial Hospital. A small private family celebration will be held in the future.

“May you be skating your favourite program high above us Mom!”