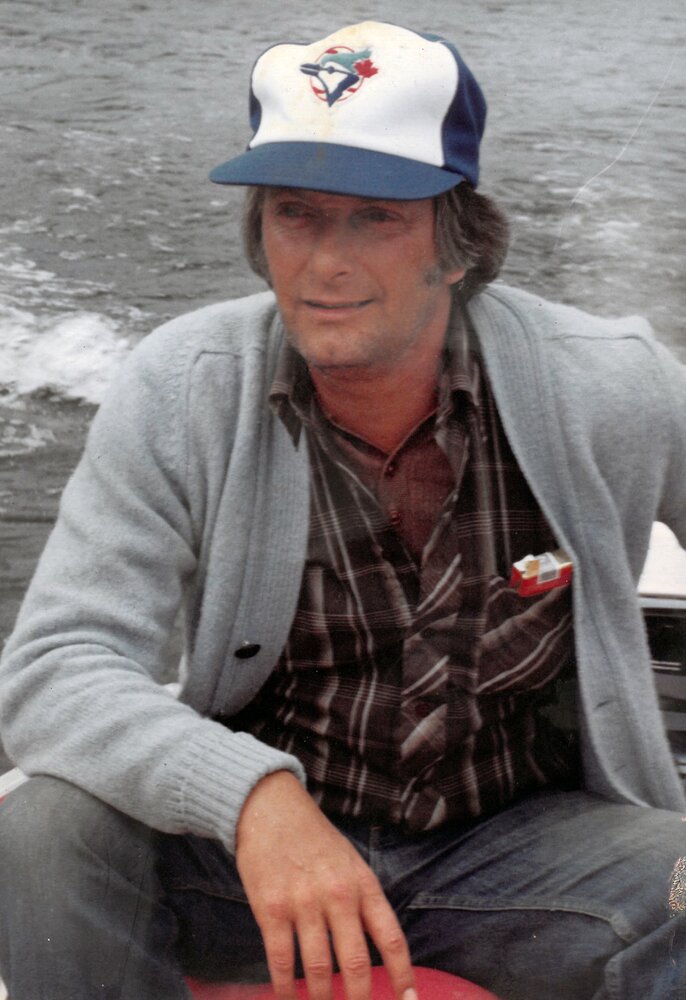 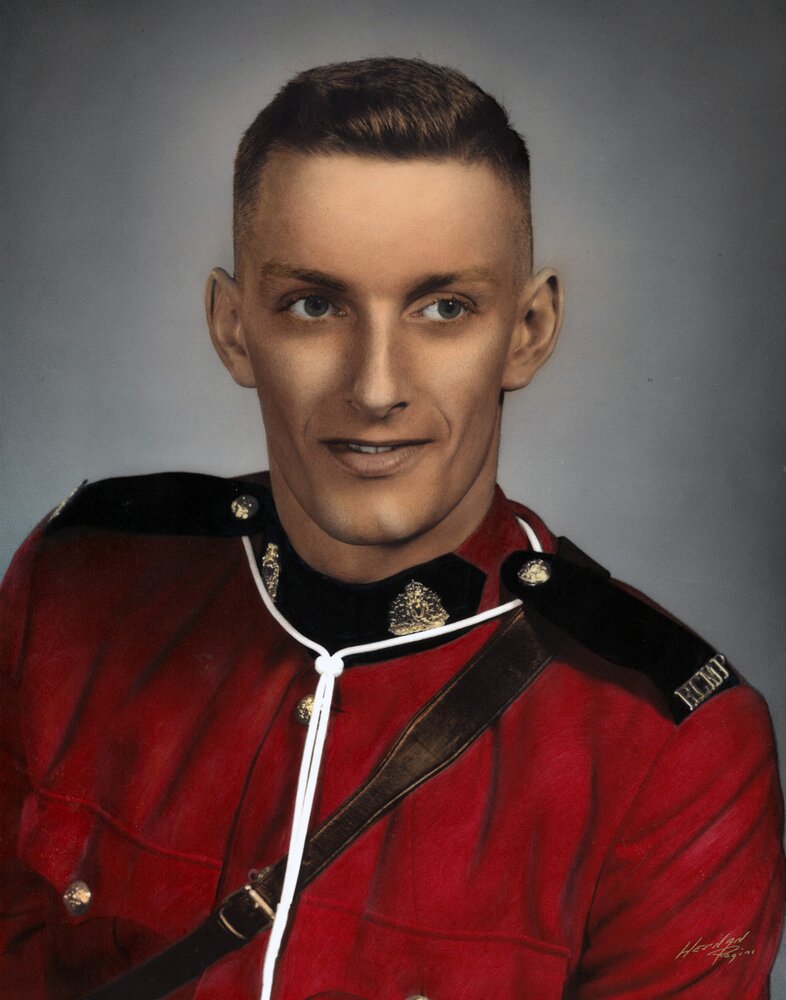 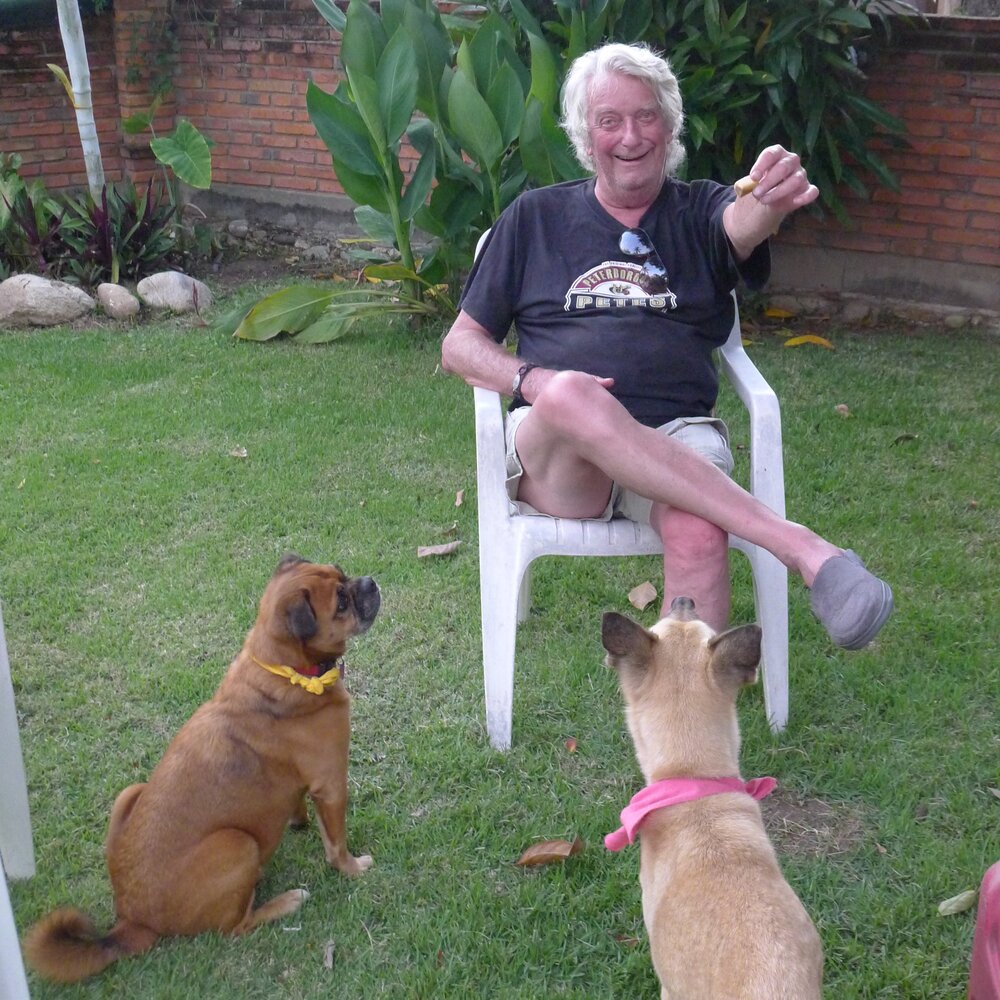 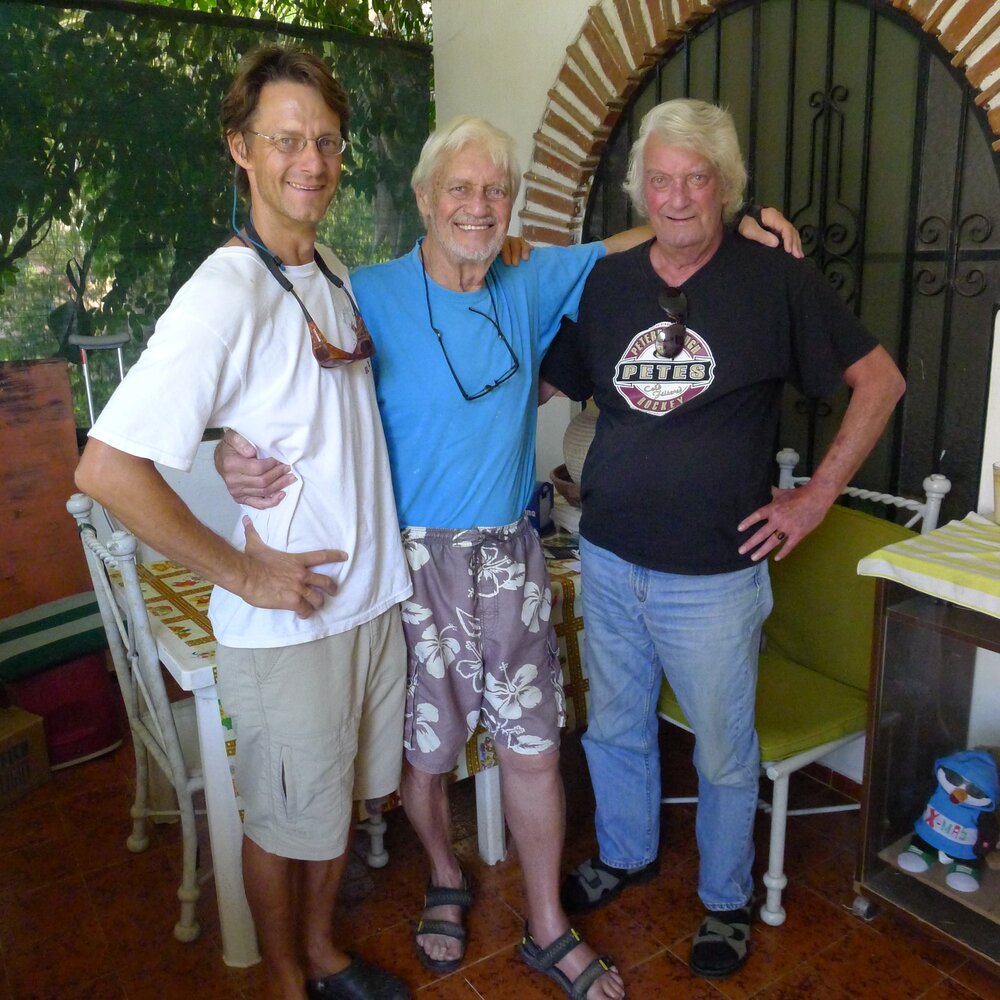 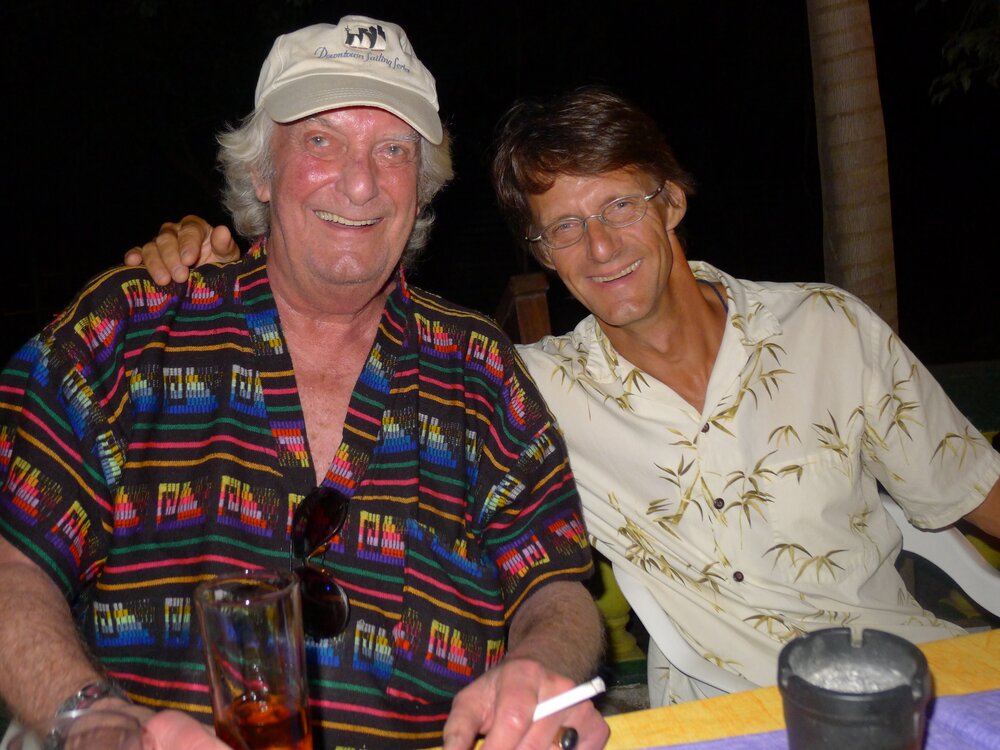 Grant, Christine and Lorne's brother Barry are all saddened to hear of uncle Lorne's passing. Christine appreciated his sharp eye ad cheerful manner and was glad to have had the opportunity to meet him. We all really enjoyed visiting in Mexico a few years back. And thereby hangs a tale, or at least an anecdote: Christine and I were detailed by my father Barry to drive to the airport in Puerto Vallarta to pick up "the old fart". Before we left, Barry handed me a large insulated mug. "What's this?" "Oh, just a pour. Give it to him when you get there." Off we go to the airport where we await the plane. It arrives and the passengers disembark. Lo and behold one of the first passengers off is Lorne, in a wheel chair, being pushed by a security guy. Christine and I look at each other surprised. I knew Lorne had had some health issues but I didn't know it was so bad. We and our trusty security guy head out to the car, Lorne in his chair. We get to the car and Lorne says, "You got something for the guy?" I tipped him and then Lorne jumps up out of the chair as spry as can be! What the &^%$# is going on? "It's the fastest way off an airplane", he said. And with pour in hand, we hit the road back to dad's place where a great visit was had by all, as these pictures can attest Rest in peace Lorne.
Please wait
Share Comment
E
Ernie Brydon posted a condolence
Oh Lorne, it has been 59 years since we met in RCMP training. E Troop. We have now lost 12 Brothers from our troop. I have spent the week thinking of our hard word in Depot and the good fun we both had and friendship. Especially after hours at the Kings Hotel and Pub !! We last spoke about 2 years ago when you called me in B C out of the blue. So glad you did. Thank you for your quick mind and great humour. Except when after a long night downtown Regina, you peed in one of my riding boots which I put on the next morning !!! My condolences to your family. Until we all meet again. Ernie Brydon 22262 S/Sgt ( ret ) Kelowna BC
Please wait
Share Comment
D
Doug Campone posted a condolence
My sincerest condolences to Anne, Barry and Lorne's family. Though Lorne's demise was somewhat anticipated, it still comes as a shock and it becomes a sad memory we will share with others. Lorne and I worked(?) together in "O" Div for many years and became friends who shared many a laugh, joke, a wee pour and some work. As life happens we went our separate ways when I left The Force and eventually moved. Lorne and I connected again some many years ago, and developed an new relationship via our mostly, weekly telephone conversations. If you've ever spoke by phone with Red you know that a conversation can last up to 20 mins and just as often, end after a couple of minutes, routine! I also visited with Lorne at his home in (S)Norwood the last two times I visited Ont. He was in reasonably good health and doing really well in terms of spirit and getting on with life such as it was. We shared a common interest in old country and western music which we played long and loud without, apparently, disturbing the neighbors. We also liked baseball, he the Blue Jays, me the Giants. We made an annual bet on the outcome of the season for each of our teams. Our bets involved minimum dollars, usually US Dollars because he knew baseball much better than I and he also knew he was taking home the bet, and he did. Much fun and conversation about those bets. We also spent time discussing old friends and of course stories of past deeds. Some work related and others of a more personal nature. All stories had one thing in common, there was always a grain of truth in each and every one and very likely some embellishments, as old farts are want to do and which we felt was our right as we aged. I'll miss our Thursday phone conversations good buddy, they were great while they lasted. Have a wee pour for me and Rest In Peace. Doug(Mr. C)
Please wait
Share Comment
G
Gord Hayden lit a candle

Our most sincere condolences to the Redfern Family at this time of grief. Lorne has now left our midst and a new journey begins. I was a Troop mate in training with Lorne at the RCMP Depot in Regina back in '62. What I remember most was his clever subtle ways of dealing with a situation whether in class or those Equestrian sessions at the stables when it was minus 30 on the Prairies. God Bless, Gord & Cindy Hayden
Please wait
Share Comment
L
Lynda Pearse posted a condolence
I'm going to miss you buddy, not all things are just routine big guy. You will be sadly missed by all of the family. John
Please wait
Share Comment
K
Karen Redfern posted a condolence
My Uncle Lorne made me laugh, and I am grateful for my fond memories of childhood visits to Ontario that were punctuated by his sense of humor and as mentioned his personal sayings; reading them here today brings forward his voice and those times into my mind and I can't help but smile. I think he would have liked this. Lorne and I have continued to share moments of laughter through the years via phone conversations and personal visits. One particular visit that I would like to share is when I was able to introduce him to my daughter Tess, his great niece; he, as always, was welcoming and made every effort to make us all feel comfortable and part of the family. My thoughts and condolences go out to Lorne's family and friends with an extra note and hug to my father, Lorne's brother, Barry. Lorne and Barry remained close with many shared brotherly moments over the years and I know that my dad will miss him immensely. Thank you Lorne for being such a wonderful Uncle. Love Karen
Please wait
Share Comment
D
Dianne Reid lit a candle

Thinking of you all. Treasure all your memories, he was quite the "Guy"!
Please wait
Share Comment
D
Doug Powell lit a candle

Just heard about the passing of your dad our thoughts are with you guys. Had some good times with the old bugger whether it was at Dickie lake or the pad on Davisville, ROUTINE GUY ROUTINE. RIP Doug and Shelley
Please wait
Share Comment
S
The family of Lorne Belshaw Redfern uploaded a photo